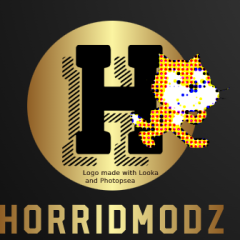 The script has been patched, but @Michael1541 went through a lot of effort to make an updated version for the community! Switch to that one instead: PG3D Lottery and Sets script updated - LUA scripts - GameGuardian

Want to update the script yourself? I have created a lotto sets template!

Notice: Armv7 (32bit) is not currency supported, because I grinded 18 hours to make this and I'm really burnt out. But it should be finished in a few days.

Update: I said I would add Armv7 (32bit) support in a few days when this script was first released, but it never came out. I know a lot of people are upset about this. The reason is that I tried multiple times to make it work but kept encountering bugs and running into issues. Sorry to all the 32bit users!

Disclaimer: This script is bannable! Getting too much currency within a certain time frame will flag your account as suspicous and you will be banned in the next ban wave. I recommend only getting at most 10,000 gems per day, or your account will have a high risk of being banned. Even if you do play it safe, you can still be banned.

Warning: Using the custom value option and setting the reward values to over 45,000 will instantly ban you!

After almost 18 hours straight of work, and a completely sleepless night, I finally present:

This is not the ordinary lotto sets script. Here's what unique about it:

-This script will work on all game updates (the lowest game version tested is 22.4.3, but downgrading is impossible anyway), even future updates

-The script supports various values, and lets you enter a custom value if it does not have what you want. Currently, only whole numbers (no decimal values like 1.5) in the range of 0 to 65536 are supported.

-This script employs multiple searches, to ensure that only the correct value is edited, and as a backup in case the mIain search does not work

-This script has a small antiban feature that warns you when you try to edit the reward values over 45,000

I really hope you enjoy, and that this was worth staying up until 5 AM for!